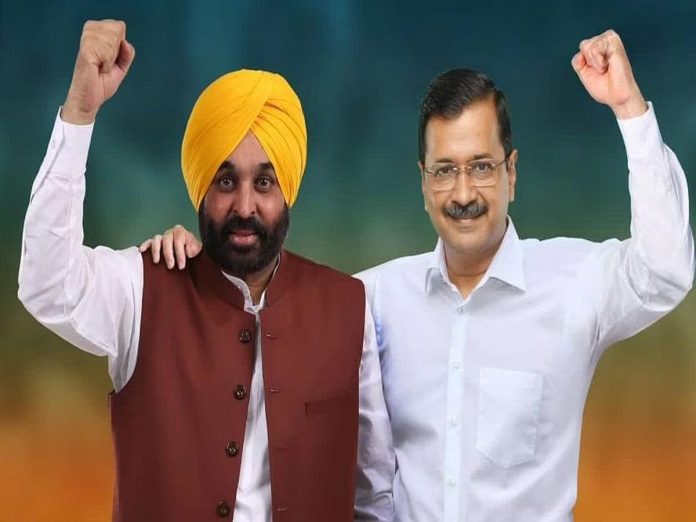 The Aam Aadmi Party on Tuesday made the name of its CM candidate ahead of the Punjab Assembly elections official. Lok Sabha parliamentarian Bhagwant Mann, who represents the Sangrur constituency, is the candidate.

Delhi CM Arvind Kejriwal, who is AAP’s national convenor, made the name official. A poll was held to let voters pick their CM candidate. “About 21,59,437 people voted in the CM candidate poll for AAP in Punjab. Those who voted for Arvind Kejriwal were considered invalid. 93.3 percent of the remaining voted for Bhagwant Mann,” wrote Padmaja Joshi, a journalist.

As the announcement was made, Mann got emotional and hugged Kejriwal. The Delhi CM gave a pat.

AAP is expected to defeat the Congress party in the upcoming elections.