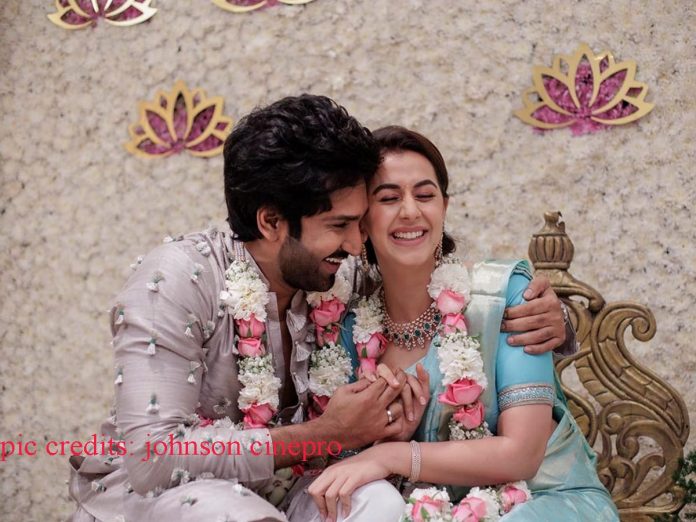 Finally, Aadhi Pinisetty and Nikki Galrani got engaged. Earlier, there were several speculations that they both were going to be married soon after they did back to back films Malupu, and Maragatha Naanayam.

The couple were tight-lipped over the speculations. Now, Nikki Galrani confirmed that they both were engaged on 24th March by the blessings of their families.  And she also revealed that they found each other a couple of years ago.

Coming to the professional front, Aadhi was busy with Ram Pothineni and director Lingusamy’s Warrior. Nikki Galrani was doing a couple of projects in Malayalam.