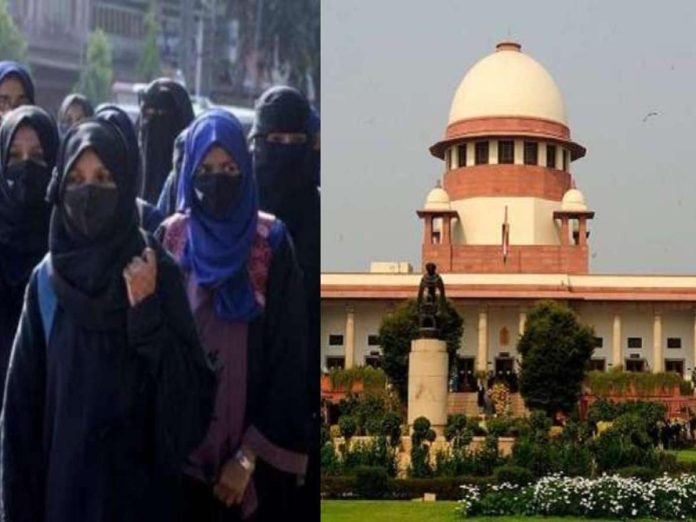 Today, the Karnataka High Court has delivered its verdict on Hijab row. The three judge bench of Chief Justice Ritu Raj Awasthi, and Justices Krishna S Dixit and JM Khazi dismissed petitions of wearing hijab in educational institutions. In the verdict, the bench mentioned that wearing hijab is not essential in Islam and those who won’t wear hijab do not become sinners.

Over the verdict, Muslim students expressed that they were feeling betrayed by our own country. The opposition parties called it a bad judgment. The Defense Minister Rajnath Singh and other BJP leaders welcomed the Karnataka High Court’s judgement and said that everyone should follow the dress code of college or school of any religion.

Today, a plea is filed in the Supreme Court challenging Karnataka High Court’s verdict over Hijab by the student  Niba Naaz from Karnataka through advocate Anas Tanwir under Article 19(1)(a) of the Constitution, Under Article 21 as reported by Bar & Bench.