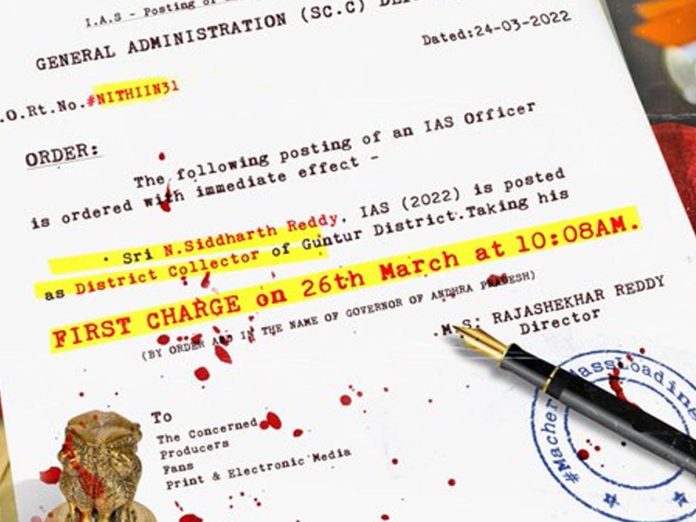 Nithiin who became care of address for lover boy roles has now coming in an intense and action avatar with Macherla Niyojakavargam. In this film, Nithiin is playing the role of Siddharth Reddy IAS, who is the district collector of Guntur.

The first look of Nithiin will be out on 26th March at 10:08 AM. Nithiin is confident that he will get the mass image with Macherla Niyojakavargam. And it will satiate Nithiin fans in all aspects. His last film Rang De was an above average affair at the box office.

Krithi Shetty is the female lead, music is composed by Mahati Swara Sagar, DOP by Prasad Murella, produced by Shresht Movies, written and directed by MS Rajasekhar Reddy.
The film release is earlier scheduled in April and it may change too.