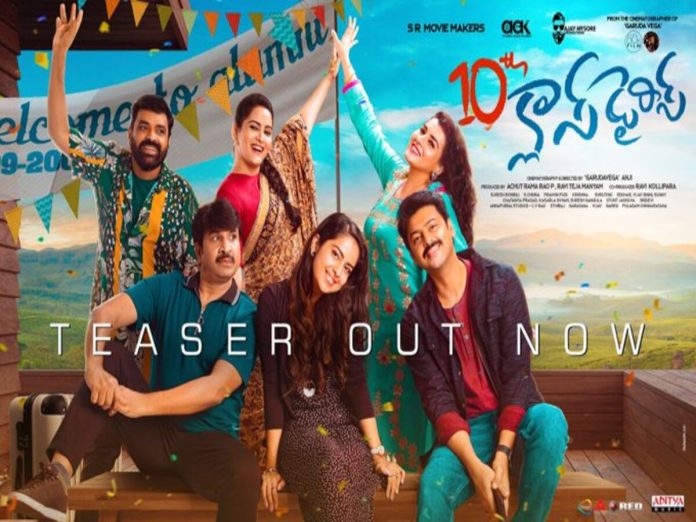 ’10th Class Diaries’ is a nostalgia-ridden coming-of-age drama headlined by Srikanth aka Sreeram and Avika Gor in the lead. Back when they were in high school, the lead pair fell in love with each other. Many years later, when the man wants to meet his old lover in a get-together, he comes to know of a shocking fact.

Directed by Anji, the film has music by Suresh Bobbili and BGM by S Chinna. Produced by Achut Ramarao P and Raviteja Manyam, the entertainer is co-produced by Ravi Kollipara and presented by Ajay Mysore.

Comedian Srinivasa Reddy has a supporting role. Vennela Rama Rao is part of the cast.
The drama will hit the cinemas on March 4.